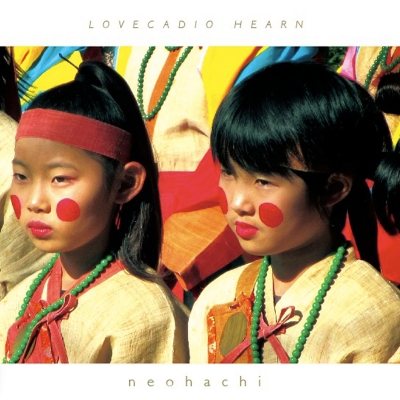 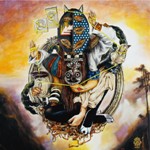 The "neohachi" is japanese fancy and comical electro unit.

They formed in 2005 in Tokyo by Lily (*Shigin Vocals) and Elly (Synthesizers). Atsu(drums) proceeds with their work on 1st mini album"rhythm of wonder". In 2008, they formed a special organization "Neohachi trio" that adds Tatsuhisa Yamamoto(Wonder Drumer) and live sessions that invites the guest player also has gone positively.

Their music processing is done there crack a former Progressive Rock and the German Rock, it is based on the minimal repeate of hand oparation of the Synthesizers. And on the basic track, Shigin Vocal is devoloped with echo effects.

The song contains Japanese feeling for nature and that extended explession of vowel makes us much more imagination of the scene to the people.

Sigin is the recitation of traditional Chinese poems, and Japanese poems with some of the Japanese artistic expressions．Among Japanes poems, we have Tanka( 31 Japanese alphabetical characters) and Haiku(17 characters and Shintaishi(New Poems by spoken language since Meiji era).When we recite the Sigin, we extend vowel tone longer, and add unique melody, which cause peculiar artistic impression. The scales is 5 which is popular in Japanese music. And its rhythm is not pre-determined, however Ma(間) which is taken among phrases in the poem is thought to be a rhysm.In Japan, kanshi(漢詩)had first been arranged in Nara Era(1,300years ago) and kanshi culture made a bloom in Edo era (18-19century).

Always, neohachi play in Shangri-la. You will be involved in their music.